My friend K has a birthday in late September and every year she organizes a backcountry camping trip to celebrate. Last year we went to the beautiful Semaphore Lakes and this year we headed over to Vancouver Island to explore part of Strathcona Provincial Park.

The way I had previously thought about it, why would I travel to the Island to visit mountains when we have lots of perfectly good mountains on the mainland? I was sure that Vancouver Island was only good for coastal hiking. Well it turns out I was wrong! It turns out that Vancouver Island has what they call Island Alpine and it is awesome! I just came back from 3 days in the area and I know Ill have to go back to explore some more.

The trip started with an easy drive from Nanaimo north on the Island Highway to Courtenay and then uphill to the ski area at Mount Washington. From the parking lot the crushed gravel trail soon gave way to well maintained boardwalk as we wound our way through marshes and next to ponds. After a few kilometers we stopped next to picturesque Battleship Lake for a lunch break and to admire the beginnings of the fall colours. 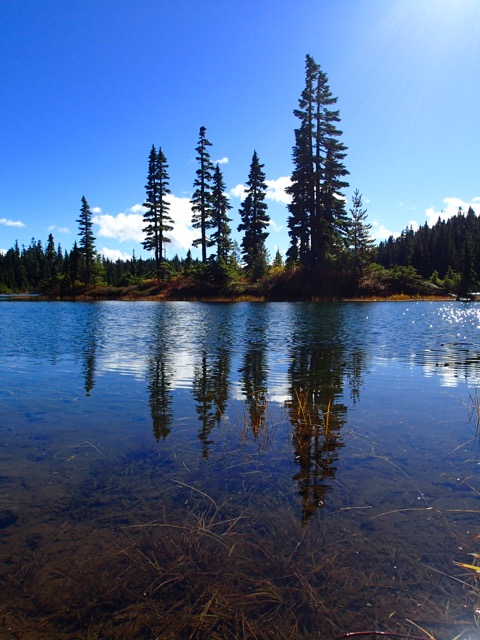 After lunch we passed lake after lake and we started to leave the day hikers behind as the trail got a bit muddier and less groomed. In the late afternoon we turned off the main trail and followed a wet side trail down the hill to our home for the night, the campsite at Circlet Lake. The sun had already disappeared behind the mountain and a cold wind was blowing as we grabbed some of the last available tent pads and made dinner. It was too cold too stay up for long so we went to bed early, bundled up tight in our sleeping bags against the frosty night.

The next morning we were up on the early side but the sun hadnt penetrated down into the valley yet so we ate breakfast in the cold shade. Soon we were on the trail with day packs headed towards the summit of Mount Albert Edward, the 6th highest peak on Vancouver Island (and if were being honest, one of the easiest tall peaks to climb on the Island). The trail started out in a muddy and then started to climb rapidly up a steep slope. Before we knew it we were in the subalpine on a plateau stuffed with tiny tarns. 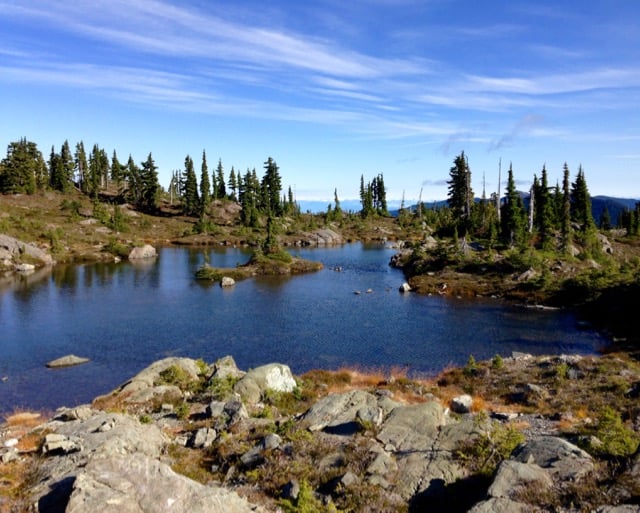 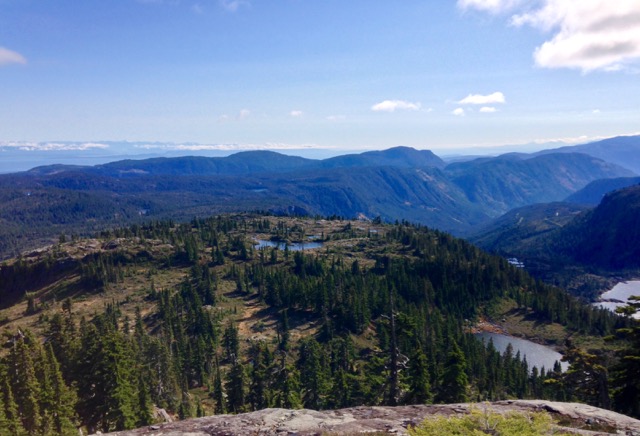 After crossing the plateau we scrambled up a gully and found ourselves above treeline on the horseshoe shaped ridge that connects Mount Albert Edward to a few surrounding peaks. Once on the ridge the foot bed of the trail mostly disappeared and we navigated by following cairns. We made slow progress along the ridge as we searched out the path of least resistance through the rocks and stopped often to take photos, admire the views and have snacks. From time to time the wind would pick up for a few minutes and despite the bright sunshine, it was bitterly cold.

It's a crime I lived on the Island for 8 years and have never entered Strathcona. I have plans...
happiestoutdoors likes this.
Whyte_Lake is offline
Quote