Block Mountain & Noetic Peak (Recon Trip)
While browsing through Rick Collier's old TRs on bivouac.com last winter, we decided that we were going to give his route for Block Mountain a shot sometime in 2015 (http://bivouac.com/TripPg.asp?TripId=5299).

Rick completed this ascent in 1991 as a 12 hour, 40 km day trip, and classified it as an easy scramble. It is a pretty straightforward ascent, and I won't re-write his TR here, but mainly want to provide some pictures of the area (see my flickr album - link below) and some updates on the condition of the ascent valley he/we used.

After scrambling Outlaw Peak and Banded Peak on Saturday, we decided to hike up Johnson Creek on Sunday afternoon and set up camp to prepare for an assault on Block Mountain on Monday morning. We got pelted with rain on the hike in and hoped that the forecasts for Monday would hold true (clear skies and no precipitation -- ya ok).

A chilly and clear Sunday night led to a cloudy Monday morning. After getting up at 7 AM, it was obvious that our clear skies were not going to materialize. It rained all morning (with the odd snowflake flying through the air) and by the time it let up enough for us to get out of the tent and embark on our journey up the valley, it was nearly 11 AM. We knew we would be cutting it close on time and that Block Mountain (nevermind Noetic Peak at this point) may not be attainable.

Once we reached the ascent valley which Rick described as "the highlight of his trip", it was clear that it would not be such a highlight for us. Initially, there is a faint trail on the left/west side of the watercourse however, soon you are left with kilometer upon kilometer of flood-damaged creek to deal with. I'm going to assume that when Rick completed his ascent of Block Mountain as a day trip in 1991, this valley was in significantly better shape. Today, it is somewhat of a mess, with downed trees and rocks strewn about. After hours of creek crossing, bushwhacking and sidehilling, we finally reached the meadows near the head of the valley. We set our sights on the col at GR 811/903, and knew that that would be our objective for the day due to time limitations. At this point, we accepted the fact that this trip was going to have to be classified as a recon trip for a future attempt on Block.

The upper valley is indeed beautiful and reaching the col overlooking the Block Basin is a treat in itself. This area is so rugged and rarely-visited, and I can't wait to return. In Rick's old TR, he mentions an iceberg lake in the Block Basin and wonders if it is still there (it is). If you can manage to haul your bivy gear that far up this valley, that tarn would be an amazing spot to set up camp (or in the upper valley as well although it's prime grizzly territory up there).

From the col, we studied Block Mountain, and it does appear to be a straightforward scree slog. Now that we are familiar with the messy ascent valley, I'm sure we could shave some time next time we head up there (and hope that we actually get those clear skies we were promised by mountainforecast.com). However, due to limited time and spotty weather (continuous drizzle all day with some snow starting to fly at the col), we didn't have a chance to even attempt Block on this day.

On another note, if anyone reading this has any route info for Noetic Peak, could you share any beta please? Before this trip, I found a couple distant photos of this peak from other TRs, but no online beta on it whatsoever. The only info I found on this peak was from the "green bible" or Rocky Mountains of Canada: South. Here, you're given the first ascent info (FA in 1890) as well as a brief description of the route taken (ascended via a Johnson Creek tributary). I'm assuming the Johnson Creek tributary is the valley/watercourse we trudged up. But I thought I'd ask anyway to see if anyone out there knows more about this peak.

Thanks for the TR. Block Mountain is high on my list. Good to know that the approach is way gnarlier than described by Rick.
Engor is offline
Quote
post #3 of (permalink) Old 09-04-2015, 10:11 AM
mclay1234
Off the Beaten Path

This exact trip was on my list to do for this year (but I never got around to it...) after reading the same Collier report! After Block Mountain we had planned to descend to Block Lakes, then head up Badger Pass and scramble up an outlier of Bonnet Peak to the north.

I went up Block Mountain last Sunday. Took me 17 hours with 40 min summit stop. Bushwhack along the creek was as brutal as described. Probably even worse. The drainage is filled with broken timber from dozens of last winter's avalanches.

On the way back, I tried to stay a couple hundred meters above the creek on the east side until being forced back into the drainage. It made the bushwhack considerably less heinous. I think at that point it's better to steer a bit from the creek on the other side. There are a few ways to mitigate the bushwhack and bring the outing down to 14 hours.

The area between the col and Block Mountain is beautiful indeed with several alpine tarns and Block Lakes below on east side. Remote and austere. Was a great place to celebrate Canada Day.
Engor is offline
Quote
post #5 of (permalink) Old 07-04-2017, 03:51 PM
zeljkok
Summit Master

Quote:
Originally Posted by Engor View Post
I went up Block Mountain last Sunday. Took me 17 hours with 40 min summit stop.
The area between the col and Block Mountain is beautiful indeed with several alpine tarns and Block Lakes below on east side. Remote and austere. Was a great place to celebrate Canada Day.
Wow. Almost 18 hrs on fairly hot weather; you must be really fit (and tired right now). Congrats

Thank you. I felt really tired by this heinous bushwhack on a hot day. Walked like a zombie on the way back through Johnson Canyon , but there was no one to see it at 1am :-)

I'll post a TR in a day or two once I sort my pictures IF I figure out how to attach photos here. I'm requested a URL link if I click to upload an image.

Seriously Taras, pic upload is not difficult at all. There are several ways to do it, but I find easier to have separate window with folder where pics are, then simply drag & drop to that area where it says "Drag Files Here to Attach": It is best to do 1 by 1. The only confusing part, till you get used to it, is that pic "blows up" while it is uploading. Just wait till it shrinks to thumb; it means upload is done. Nowdays it is very fast.

It is best to do first all your pic uploads before writing text. Then you can reference them anywhere you like in text via "paperclip" icon: 
Would be fantastic to have someone like your experience (and photographic skills!) back even on occasional basis. Your posts, some older than 5 yrs, still blow my mind & I read them with great pleasure.
Autumn Sky
Last edited by zeljkok; 07-04-2017 at 08:22 PM.
zeljkok is online now
Quote
post #8 of (permalink) Old 07-04-2017, 11:49 PM
Engor
High on the Mountain Top

I just tried to upload a picture and was denied with this message below. Sorry, Zeljko, with all respect, the new owners of ClubTread made it SO USER UNFRIENDLY that I'm not surprised almost everyone have deserted it.

The requested resource
/newreply.php
does not allow request data with POST requests, or the amount of data provided in the request exceeds the capacity limit.
Engor is offline
Quote
post #9 of (permalink) Old 07-05-2017, 01:35 AM
zeljkok
Summit Master

Quote:
Originally Posted by Engor View Post
Request Entity Too Large
You have to resize the pic before uploading. Just like you had in old CT (I believe limit is now larger btw, old CT was 1.5MB now it is more). This is only normal; you wouldn't want to sit waiting while 20+ MB today cameras are producing are uploading anyways.

After that it is a breeze. I was also resistant in the beginning, now I prefer new uploader. I am not just saying it per-forma, I mean it. Please give it a try & go through with 1 upload successfully end to end before giving up.

I will agree that client side script (Java, PHP, whatever is running in background) could do the resizing automatically; it is routine that would not take more than 15 min to implement. But again, it did not exist in old CT either.
Autumn Sky
Last edited by zeljkok; 07-05-2017 at 01:43 AM.
zeljkok is online now
Quote
post #10 of (permalink) Old 07-05-2017, 02:11 AM Thread Starter
warawa
Hittin' the Trails

I would also like to see some pics if you are able to make that happen. Was thinking of heading back up that brutal valley later this summer and would like to see how bad it is now.

Sorry, I couldn't figure out how to upload the pictures. They don't show up in the attachment even after I downsized them. Sorry, too complicated for me.

I posted them instead on peakery, which is way more user friendly:

Looks fantastic. This photo in particular: 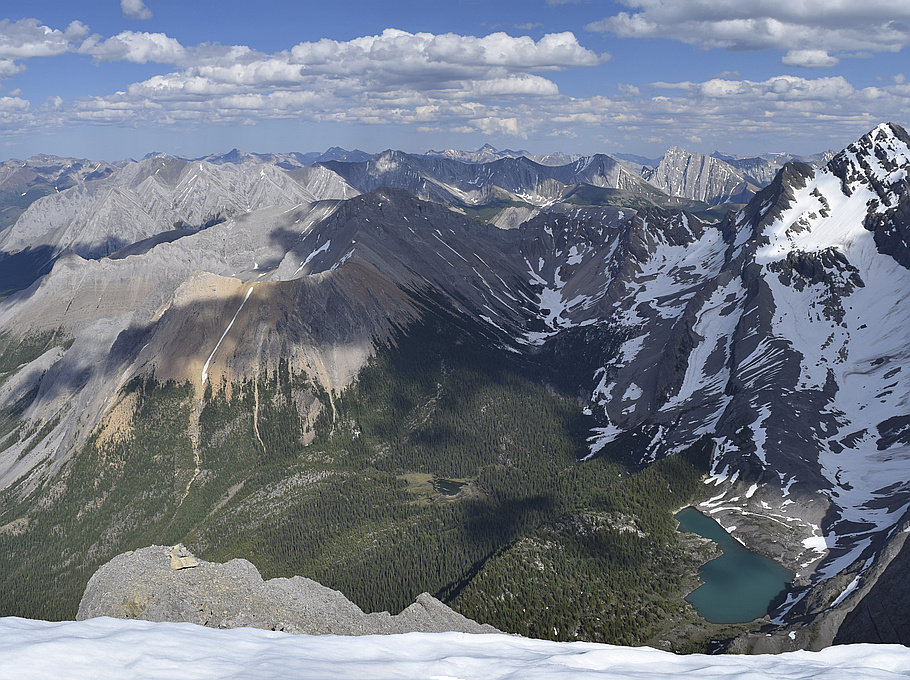 re upload, I don't really want to re-discuss, but it IS kinda weird. You are very intelligent guy. It just can't be you are not able to figure it out and everybody else did. So here's my offer -- I'll buy you a beer if you can show me sometime in person (not online) how you are doing it. I write software for living & am now now quite curious.

I've heard from quite a few people that they hate the new layout, so it's not only me. I just can't comprehend why it can't be as easy one as on facebook or any other forums or social media site.
Engor is offline
Quote